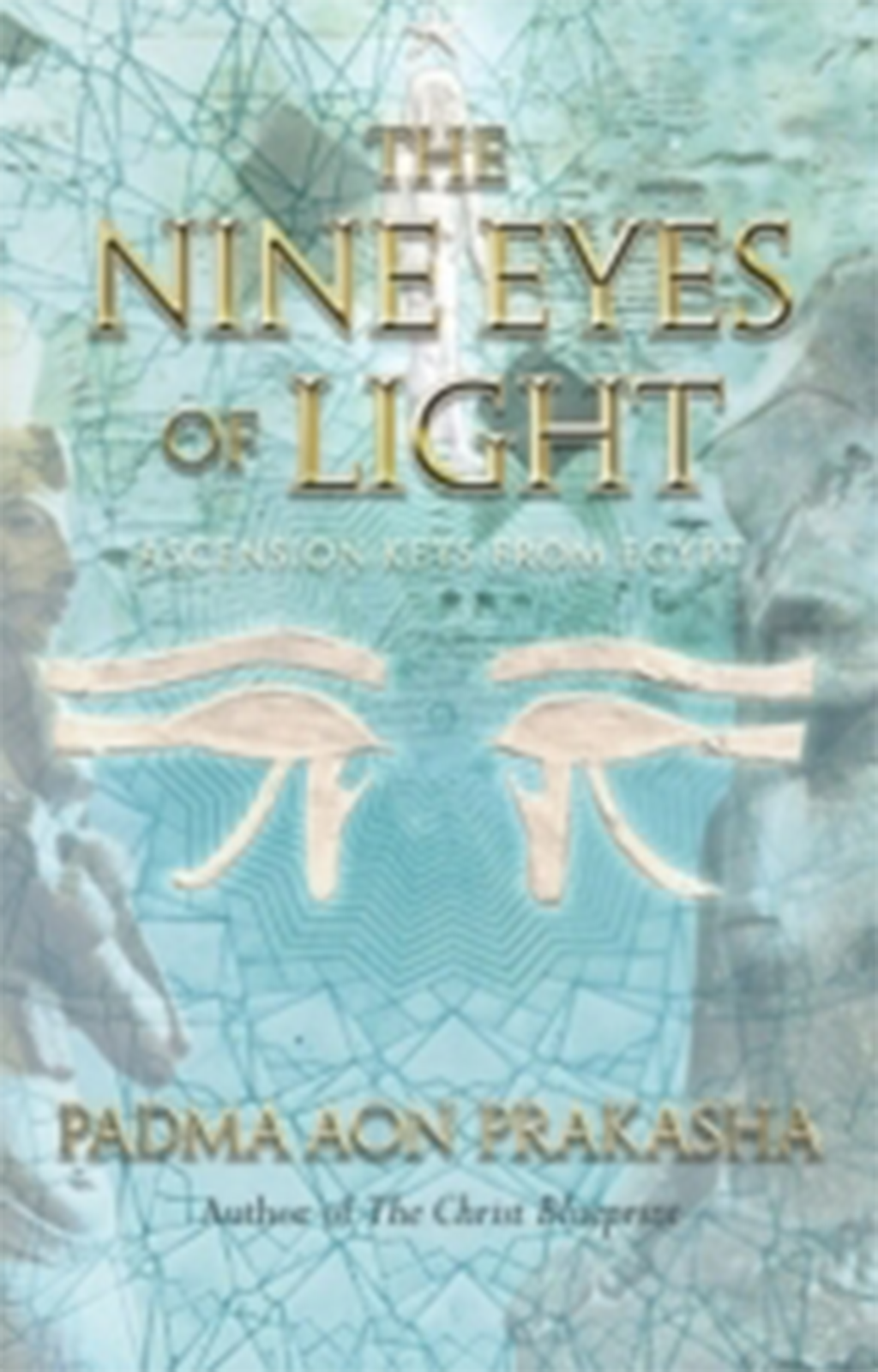 The Nine Eyes of Light

We are alive in times where many of us are experiencing other realities. Deeply relevant to what we are experiencing today are keys in the Egyptian tradition, which served as the foundation for their awakened civilization. Padma Aon brings the Egyptian Nine Keys to the Light Body into our times, so we may learn from the Egyptian masters how to live, create and shift our consciousness multi-dimensionally. These Nine lenses are the viewpoints from which one of the most advanced civilizations Earth has ever seen created from. They include:

Khat/Aufu: Your Physical Body and its Connection to Earth and Light

Ka: Your Vital Individual Power, and Holographic Connection to Soul

Shew: Your Shadow as a Gateway to Source

Ren: The Science of Vibration, Sound, and Perception

Ab: The Human Heart, the Heart’s Desires, and Heart Intelligence

Sekhem: Willpower, Bliss, and the Fuel for Love

Sahu: The Immortal Body Where One Embodies Light Physically

Akhu: God Consciousness, Which Permeates All the Other Light Bodies

Egypt is the heart and soul of the Western world, culture, and civilization. Its wisdom has been covered over and forgotten, lost in the dusts of history and power, consigned to ancient memories of wonder and awe at their achievements, scholarly debate about how and why they did what they did, and superstition amongst spiritualists and magicians.

It is by following the lead of Egyptian genius that many of Europe’s greatest cathedrals were built, with entire cities like Paris, Washington, London, Philadelphia, and even Nashville, Tennessee built on Egyptian guidelines. Much of the mathematics, alchemy, astronomy, astrology and philosophy that were revered in Greece came from Egypt, and even the American dollar bill has the Egyptian eye and pyramid emblazoned proudly on it.

Christ and many of his disciples were taught in Egypt, blending these teachings to create Gnostic Christianity. Much Goddess culture was last established on a large scale in Egypt before the downfall of the matriarchy there. One could say that the Egyptians have connected into, shared common wisdom with, and impacted our culture on almost every level.

The basis of the Egyptian art and science of the soul are the Nine Bodies of Light, also known as the Nine Eyes of Light. These Nine are the ruling principles that form the basis of Egyptian spirituality, culture, art and their world view: how the Egyptian culture navigated through life.

To the Egyptians, just as we have our physical body, so, too, do we have eight other bodies that are just as real in other dimensions or wavebands of vibration. These additional non-physical bodies allowed them to sense, feel, navigate and create the many astounding feats of technology, science, and spirituality that still baffle us today.

These Nine are interpenetrating subtle bodies, layers of light, thought, feeling, colour and vibration. According to Egyptian legend there are nine crystal spheres underneath the Sphinx that map out the Nine Bodies, or nine lenses of consciousness. Each sphere is a wavelength, a way of interpreting reality, a way of navigating through life. In practice, many of us are naturally using some of these lenses, but not all of them.

Many traditions hint at the workings of these light bodies, however the Egyptians were perhaps the clearest and most precise in applying how they worked to form a holographic understanding of how life operates. One got to ‘Know thyself’ by experiencing and becoming the Nine in physical form, with this journey leading into every facet of human and divine experience in order for you to become ‘A Shining One,’ a temple for Hu, or Spirit, to live in.

This union comes about through a process known to the Egyptians as Osirification. This process unites all parts of one’s self into a living temple that could allow Source to be Present within it. This uniting entails many changes in consciousness, for we are based on an infinite framework of sacred geometry that connects each individual to the eternal and immortal bodies of light: a Hu-man Being.

The reawakening of this timeless Egyptian wisdom came about in the 1920’s through the discovery of the boy king Tutankhamun’s tomb.

In his golden sarcophagus, he was surrounded by eight different concentric rings of artifacts, sacred objects, crystals and funerary articles. These rings represented the Nine Eyes of Light, and how we pass through these layers in life, and in death.

These layers of feeling, form, shadow, sound, light, sacred geometry, perception, earth connection, power, love, and intuition create all the different aspects of ourselves. In the massive public interest surrounding the mysterious boy king, last of the spiritual pharaohs, the art and science of this ancient wisdom reintroduced itself to the world.

As we head into a new era for humanity, this wisdom is being reintroduced through various teachings, piece by piece. This era we are living in now has been prophesised to be the revealing of all secret teachings that have been held back and kept in the hands of a few. The Egyptian sacred sciences are a big part of this revelation. All of these teachings are starting to come together now to reveal how to create a ‘new’ type of human being, ‘new’ to us but known well to the Egyptians.