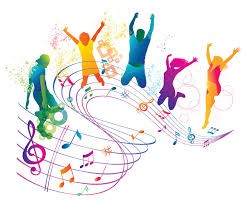 “One of the most basic human experiences, one that is genuinely universal and unites, or could unite all of humanity, is the experience of transcendence.”

Our obsession throughout the ages has been to alter our state of mind, to enter into a different vibratory state. Through drinking, dancing, sex, drugs, music and spiritual practices, humanity has always strived to touch a deeper, more blissful experience, where there are no inhibitions, where we feel free. When we are like this, we can naturally delight and inspire others :people pick up on this contagious freedom and enjoy it, as it reminds them of who they are and want to be.

This state of mind is when the imagination is released. Any event that frees the imagination is worth participating in. When an event of mind blowing beauty and power occurs, the mind feels it no longer has to hold onto its version of reality. It agrees to allow another version of reality to happen. At rock concerts, at rallies, in group meditations, all those present participate in creating an energy field.

This sense of being transported can occur through immersive VR and multimedia experiences today, if we harness the technology to do so. All the technology and means to do that are here already — it is just that no one has utilised it creatively and with intention and knowledge to create transcendent experiences.

As Stephen Spielberg said, “We’re never going to be totally immersive as long as we’re looking at a square, whether it’s a movie screen or whether it’s a computer screen. We’ve got to get rid of that and put the player inside the experience, where no matter where you look you’re surrounded by a three-dimensional experience. That’s the future.”

One example of how we can do this is through visual music. When what we hear scientifically matches what we see, then music literally becomes visual. As hearing and seeing are our two strongest stimuli, when both entrain and synchronize together the mind expands. These sonic pictures, where a picture is worth a thousand words, are not static 2D or even 3D canvases. They are moving, pulsing, breathing waves of colour, sound, light and spiraling motion, just like we are. This is Dimensional Art — Art which changes our perceptions of time and space.

Theme parks are now using 4D entertainment with 3D visuals and surround sound allied with tactile sensations, like vibrating chairs, smells, and sensations such as water and air nozzles in the seat to correspond with the visuals on the screen and the speakers. In 5D entertainment the extra dimension arises in the calibrated merging of all the elements involved using sound and science together.

5D entertainment changes our perceptions of time and space, creating experiences to free your imagination and open your heart. What was 2 hours become 2 minutes, what seemed to be a room becomes as vast as a planet. As our perceptions shift, people become more wondrous, joyous and open. We feel interconnected, part of the whole group.

Sonic pictures have the capacity to transmit and store more information than any other media in a shorter space of time. We can literally get downloaded with Gigabytes of information through every sense organ, and because all these streams are synchronized it results in the audience becoming immersed into and transported by the experience. Feelings of wellbeing, wonderment and beauty characterise 5D entertainment experiences.

The promise of these experiences of transcendence are not anything new. We have done it before! From Greek psycho pomp theatre to Tibetan ritual performance, Egyptian acoustic technology to Celtic chambers, all cultures have strived to transcend their ordinary states of consciousness through group consciousness experiences. One reason this works is because the brain contains electrical frequencies that also occur in the differing energy fields of the planet itself.[1]

This connection enables us to call the Earth “Mother” for the strands of vibration that interweave us (and animal life at 10Hz) are like umbilical cords, with “every creature hooked up to the Earth electromagnetically through its DC system.”[2] The DC system is powered by the hara or womb– the seat of birth and umbilical cord.

When we are connected to our hara and womb, we can successfully enact ceremonies of connection and resonance in sacred sites with specific frequencies and sounds in order to initiate a biospheric wave, whereby all participants enter a unified consciousness. This was practiced at many sacred sites and resonant architectures/ temples worldwide, including Stonehenge, The Great Pyramid at Giza, New Grange and the perpetual song choirs of Glastonbury and Wales, amongst many others.

It is hard for individuals to access a unity consciousness by themselves, as to do this takes a deep dedication to the expansion of ones consciousness daily, as well as wisdom, maturity and good guidance. However, as a group consciousness we can access this, as our ancestors did. In a group consciousness united, we become more than the sum of the parts, when two or more gather in the same intention and focus. When that focus uses the technology of vibration to resonate and connect to each other and the structures of life, we enter a Unity Frequency.

Our ancestors used this organic technology within us to maintain a living link between them, the Earth and the Cosmos. This information never needed to be written down, as it was literally downloaded into them in these rituals, encoded on a deep level. The only way to access this experience is to do the sonic ritual, and then the doors of perception open.[3] I have experienced this with groups hundreds of times in sacred sites across the world, in Peru, Egypt, India, England, Australia, New Zealand, France, Hawaii and more.

Chanting specific patterns of sound connects us with the waves emanating through the noosphere, resonating and bringing these wave from the noosphere into the biosphere, bridging them onto earth. The Perpetual Choirs of England, the Aboriginal Songlines and the constant chanting of the Vedas in India for thousands of years have all demonstrated this for much longer than our current uses of technology.